Last month I had the pleasure of hearing from Kaori Omoto, an editor at CNET Networks Japan. Today, eHub Interviews went live as a channel at the Japanese version of News.com. 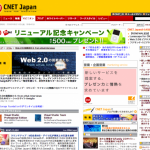 CNET Japan will be translating eHub Interviews as they are released at featuring them at http://japan.cnet.com/column/ehub/

The first interview to go live is eHub Interviews Amiglia.

Japan has consistently been in top six countries for traffic to my site and I look forward to new readers. In the next few months, eHub Interviews will be expanding to interviews with more creators and companies outside of the United States. If you’re a web company anywhere else in the world and interested in an interview, please contact me or leave a comment as I hope to be doing reverse translations from other languages into English as well.

Also, if you’re interested in more eHub Interviews in Japanese, you can also see my previous post with links to Ryutaro Kamitsu’s translations of my interviews with Netvibes, Codase, goowy, ColorBlender, and Last.fm

And, of course, new interviews being released regularly in English at eHub Interviews. 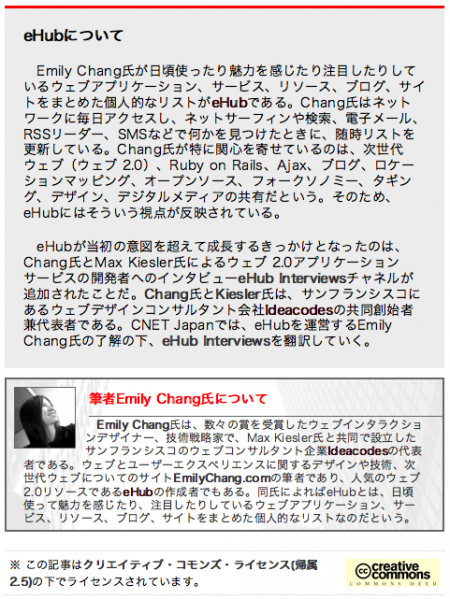