I’ve heard about QR codes for years and Googled for them long ago before they were readily available for consumers, but for some reason tonight, they popped into my mind again and I decided to look them up. I was excited to see that you can make your own QR code easily online. In simple terms, a QR code is a graphic 2D barcode that stores information, such as addresses, URLs, business card info, or anything else. Scanning the code with software on your camera-enabled mobile phone will automatically launch a browser to the specified destination. More from the Wikipedia entry below.

A QR Code is a matrix code (or two-dimensional bar code) created by Japanese corporation Denso-Wave in 1994. The “QR” is derived from “Quick Response”, as the creator intended the code to allow its contents to be decoded at high speed. QR Codes are common in Japan, where they are currently the most popular type of two dimensional codes…Although initially used for tracking parts in vehicle manufacturing, QR Codes are now used in a much broader context, including both commercial tracking applications and convenience-oriented applications aimed at mobile phone users (known as mobile tagging). QR Codes storing addresses and URLs may appear in magazines, on signs, buses, business cards or just about any object that users might need information about. Users with a camera phone equipped with the correct reader software can scan the image of the QR Code causing the phone’s browser to launch and redirect to the programmed URL. This act of linking from physical world objects is known as a hardlink or physical world hyperlinks.

These days, you can create your own QR code easily through various websites. I created my QR code with the URL information to my blog using the free service at Kaywa. 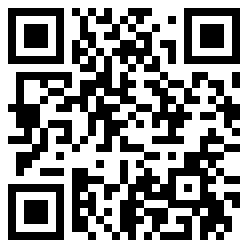 A quick Google search for “create qr code for iphone” lead me to this Flickr page which showed three apps for reading QR codes on the iPhone: NeoReader, barcode, and idecode (no relation to my company, Ideacodes :)

I took the poster’s suggestion and downloaded NeoReader from the iTunes app store.

Once you’ve downloaded the app, come back and try my QR code above. Simply launch NeoReader, press the “scan” button, take the picture, and you’ll be sent to http://emilychang.com.

Of course, the effect isn’t quite the same since you’re scanning the QR code on my website, but you get the idea – if this QR code were seen on the street, business card, magazine, etc., and you scanned it with your phone, you’d end up here. The hardlink between the offline, physcial world and online, virtual world is established. I’m probably going to put some up around San Francisco and see who finds them. In fact, I’m already brainstorming some mobile tagging projects. I’ve only seen maybe two QR codes on fliers in San Francisco so far. I wonder if we’ll see more adoption here in the U.S., even if we don’t catch up to Japan’s use.

UPDATE: Matt Musgrave points me to the 2dsense site, where I made the Blotcode for my site below. The graphical possibilities are endless with these! 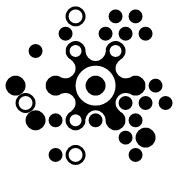 To view my Blotcode, you’ll want to download 2dsense’s free iPhone app, since they’re the only reader for the new Blotcode format.