I always get excited when it’s an election year, but particularly this one because it’s been eight long years. Two web projects related to the U.S. election caught my attention today.

First, the New York Times, https://doughertys-ravens.com/dapoxetine-analogs-and-substitutes.htm Design Observer and AIGA teamed up to create an initiative in citizen journalism. The Polling Place photo project accepts photos from any citizen that voted today in 24 states. Or, if you’re in any of the other states with an upcoming primary, you can definitely continue to submit your photos. Simply go to the NYTimes project site and upload your photos. “In the spirit of public access and broad dissemination, this is an open-source project: all photographs are contributed under a Creative Commons license.”

Here’s the screenshot of the iPhone photo I just uploaded of our neighborhood polling place – the fire station on Howard St. in San Francisco. 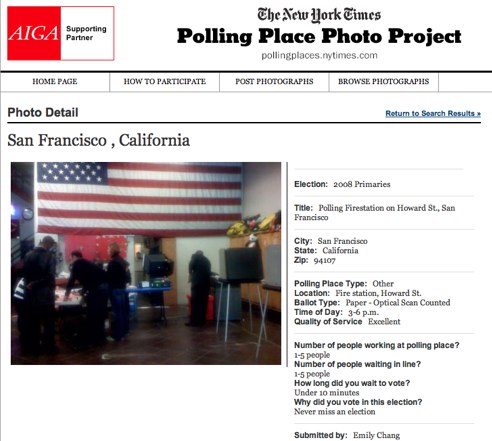 The second project is a partnership between Google, Twitter and Twittervision. Watch live Twitter updates from around the country related to the primaries and send in your own update. I’ve seen more than a few people who twittered they were hooked on this map all day. It’s so much better than watching TV :) 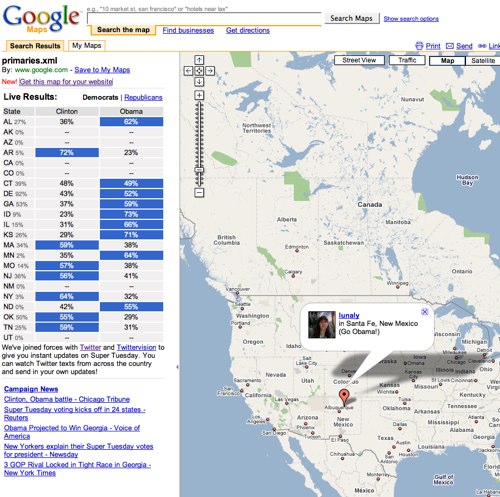