Take Part in a Worldwide Twestival 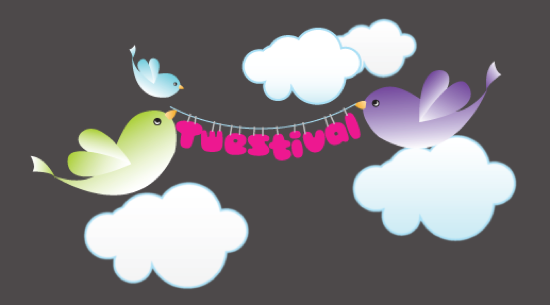 On February 12, 2009, more than 175 cities around the world will be hosting Twestivals to bring together Twitter communities to raise money and awareness for charity: water, “a non profit organization bringing clean, safe drinking water to people in developing nations by funding sustainable clean water solutions in areas of greatest need.”

The Twestival is organized 100% by volunteers in cities around the world and 100% of the money raised from these events will go directly to support charity: water projects.

Right now 1.1 billion people on the planet don’t have access to safe, clean drinking water. That’s one in six of us.

Unsafe water and lack of basic sanitation cause 80% of all sickness and disease, and kill more people every year than all forms of violence, including war.

Many communities in developing nations often have a plentiful supply of clean drinking water just below the ground, but no way to get to it.

This is where charity: water and their partner organizations come in. Drilling a well can cost from $4,000 – $12,000 USD and many living on less than $1 a day cannot afford one in their community, even if the money is combined.

By rallying together globally, under short timescales, for a single aim on the same day, the Twestival hopes to bring awareness to this global crisis.

There are lots of ways to get involved.

History of the Twestival:

In September 2008, a group of Twitterers based in London UK decided to organise an event where the local Twitter community could socialize offline; meet the faces behind the avatars, enjoy some entertainment, have a few drinks and tie this in with a food drive and fundraising effort for a local homeless charity.

The bulk of the event was organized in under two weeks, via Twitter and utilized the talents and financial support of the local Twittersphere to make this happen.

Around the world similar stories started appearing of local Twitter communities coming together and taking action for a great cause. Twestival was born out of the idea that if cities were able to collaborate on an international scale, but working from a local level, it could have a spectacular impact.

Tweet. Meet. Give! Personally, I’m hoping this is the start to more Twestivals to raise money for a variety of causes.

UPDATE: They’ll be broadcasting video and aggregating photos and such from around the world on Feb 12 at this site.