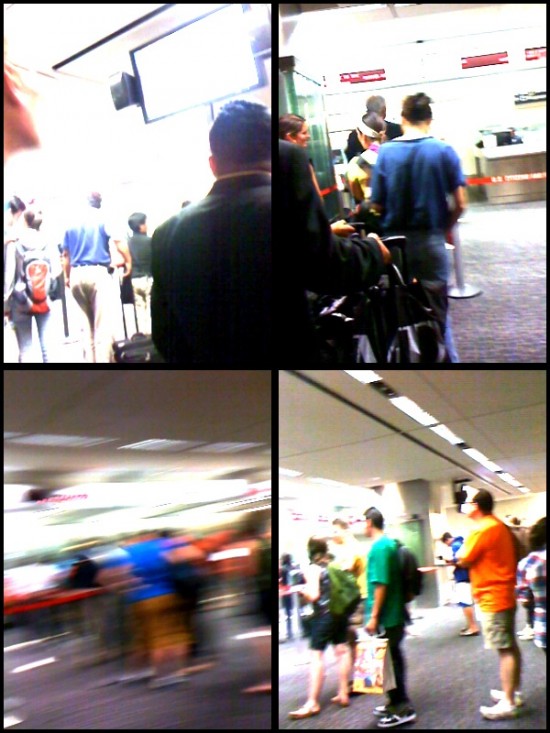 We’re back in SF and I’ve finally recovered from some kind of stomach flu from Indo. I started feeling sick the day before we left Bali, with weakness and strange stomach cramps. I knew something was wrong the day we had to leave Bali and fly from (DPS) > HKG > SFO as I was feeling light-headed and couldn’t stomach any food. After not being able to eat for five hours during the Bali flight, I vomited as soon as we arrived at the HK airport, scaring all the Indian passengers waiting in line. Luckily, Max had a sickness bag with him or it would have been MESSY. After clearing the line, I vomited again while walking through the airport. I was so weak, I couldn’t even carry my backpack. Thanks to my sweetie, Max, for taking care of me. We finally made it to a seating area and I got online to look up the symptoms of stomach flu, suspecting that I might have that since Sharon’s Uncle Fred had the same and missed the Bali wedding. Sure enough, I had the exact symptoms:  stomach cramps, loss of appetite, vomiting, headache, chills, but luckily, no fever.  Learned that I was supposed to only drink small sips of water and eat saltines after the vomiting stopped. Max scoured the airport while I laid on a bench and drifted in and out of sleep. Thankfully, he found some Japanese saltines, but as I was starting to feel worse and worse, we decided to ask the Cathay rep if our flights could be changed. The last thing we wanted to do was change our flight, but it seemed like I might not be able to make it on the flight for 13 hours. After much debate, the rep finally discovered that there weren’t ANY Cathay flights available until the end of August since they were overbooked. Crazy. There was no other choice than to get on the plane. As it turned out, once I knew what the symptoms were, I felt a little better, at least psychologically knowing what it was. Saved by the internet :) I was done vomiting and pretty much slept the entire flight back, waking up every couple of hours to eat a saltine and drink some water. My bed at home never looked so good!

It still took about a week before my stomach felt normal. I lost quite a bit of weight from not eating or trying to eat, and all the strength I had gained from surfing was totally zapped. It’s a rather tortuous cyclical virus: eliminating your appetite but also making food taste bland, while eating can cause more cramps. I was pretty careful about the food I ate and drank only bottled/filtered water while in Indonesia. After much thought, Max and I figured the only dish we had that was different was the first gado gado and most likely, the local water greens were the culprit.