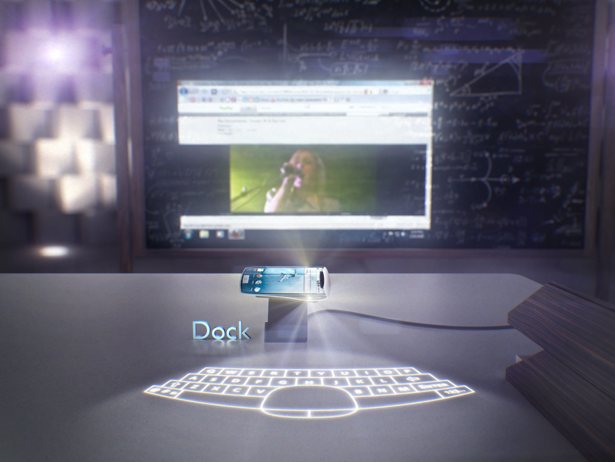 The Mozilla Seabird, part of the Mozilla Labs’ Concept Series, is an experiment in how users might interact with their mobile content as devices and technology advances. Drawing on insights culled from the Mozilla community through the project’s blog, a focus quickly developed around frustrating physical interactions. While mobile CPUs, connectivity and development platforms begin approaching that of desktops, the lagging ability to efficiently input information has grown ever more pronounced.

With mobile phone companies such as Samsung, LG and Motorola moving towards display applications for projectors, the technology remains open for expanding user interaction and input at the same time. The Seabird, on just a flat surface, enables netbook-quality interaction by working with the projector’s angular distortion to deliver interface, rather than content. With the benefit of a dock, each projector works independently and delivers laptop levels of efficiency.

Our phones really will be our everything computers in the future…