Creativity is just connecting things. When you ask creative people how they did something, they feel a little guilty because they didn’t really do it, they just saw something. It seemed obvious to them after a while. That’s because they were able to connect experiences they’ve had and synthesize new things. And the reason they […] 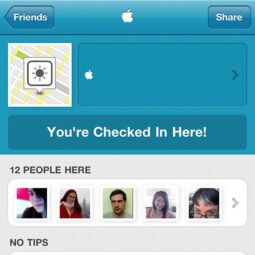 checkin to the apple logo in a city near you. a foursquare tribute to

checkin to the apple logo in a city near you. a foursquare tribute to 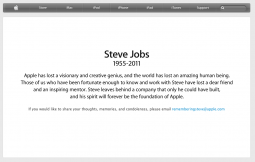 I got my first Mac when I was thirteen (thanks to my progressive parents) and my life hasn’t been the same since. Steve Jobs inspired me beyond the physical products that he helped make at Apple, but through his ideas and his relentless pursuit of his own vision to change the world. He elevated design […]

Today turns out to be the twenty year anniversary of when George Lucas sold Pixar to Steve Jobs. In the post, “February 3, 1986: Divorce, Mogul Style,” Chris Seibold tells how Lucas decided to “see a smallish piece of his Lucas Film empire” to raise cash to settle his divorce. Given Lucas’ predicament, Steve Jobs […]