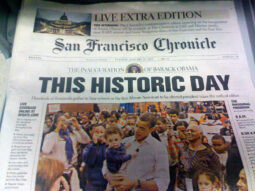 Yesterday’s inauguration of President Barack Obama was significant in so many ways. For web geeks like me, it’s the first time citizen media played such a significant role during an inauguration. Given Obama’s grassroots campaign and his message of citizen responsibility, this is only apropos. Numerous netizens, web sites, blogs, video sites and social networks […] 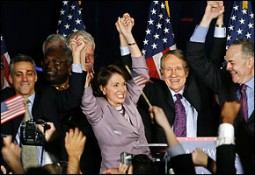 A Good Day for America

The Democrats finally make the move to regain power and I couldn’t be more excited.  My parents live in Northen Virginia so it was a victory on many levels.  San Francisco’s Nancy Pelosi becomes the first woman Speaker of the House.  She’s also the first speaker to post to a blog.