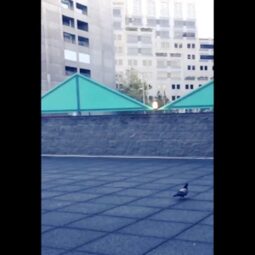 flight of the pigeon (still took four apps to shoot, crop, edit and edit again, and not one?)

flight of the pigeon (still took four apps to shoot, crop, edit and edit again, and not one?) 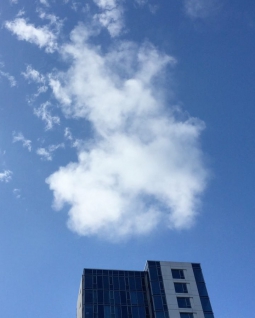 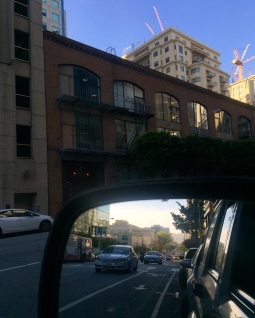 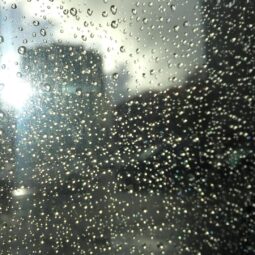 rain and sun in SF

rain and sun in SF 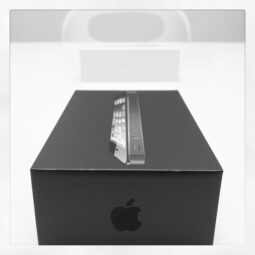 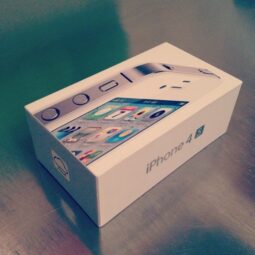 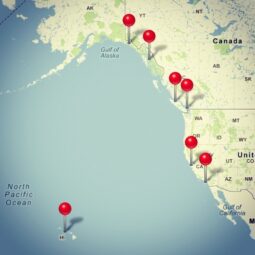 On the iPhone you can see locations of places you’ve taken photos. Here’s a screenshot of the map showing where I’ve been this very West coast year. 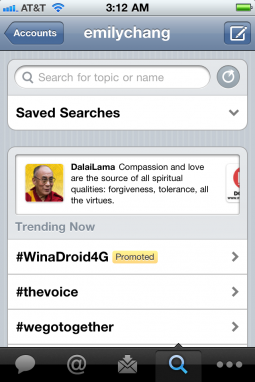 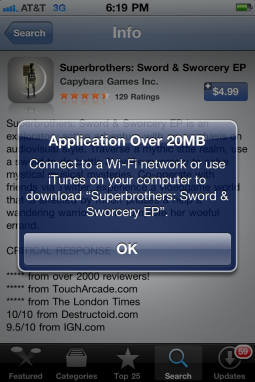 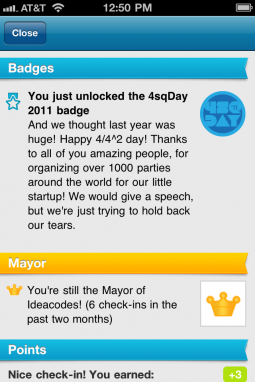 After three months of development, WordPress for iOS 2.7 is now available in the App Store. This version fixes over 100 bugs, which means better performance and fewer crashes. The main focus of this release is to improve the app’s performance and reliability. The app has been moved to Core Data, which is a much […] 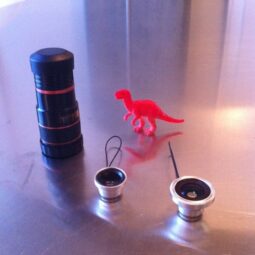 Excited to try these Photojojo iPhone lenses that arrived today, including the telephoto, fisheye, the two-lenses-in-one combo macro and wide angle, and a bonus dino. 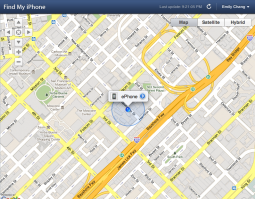 Plugged my iPhone into sync and got a message to signup for free “find my iPhone” feature in MobileMe. The find feature for iPhone/iPad/iPod Touch lets users find the missing device remotely by tracking the location of the device. You can then remote lock it, wipe the data if it’s been stolen, send messages to […]

The perfect gift for your Angry-Birds-addicted friend or family member. Now available online for $14.99 USD. 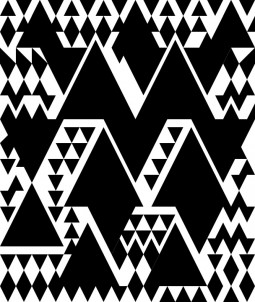 First drawing with the iPhone app, MARU SANKAKU SHIKAKU (iTunes link)…. a landscape of trees and mountains in the style of the shark skin pattern of Hawaiian Polynesian tattoos. 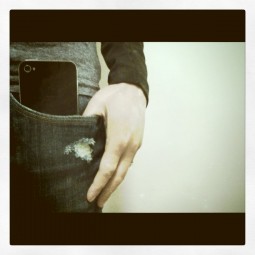 The anticipated iOS 4.2 release was announced today for iPhone, iPad and iPod Touch. iPad users can now run their favorite apps and switch between them instantly, while preserving iPad’s legendary battery life. Users can organize their apps with drag-and-drop simplicity using Folders, and Mail now features a Unified Inbox, fast inbox switching and a […]

Apps-on is another great tool for sketching out your iPhone ideas. It’s true to size and shape to the iPhone 4 and comes with a dotted grid system that disappears when scanned or photocopied. 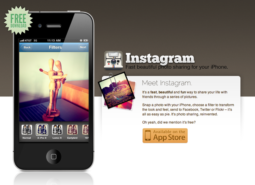 I didn’t think I needed another iPhone photo app, but turns out I did. Instagr.am mimics other mobile photo-sharing apps, but it’s captured the appeal that comes from extreme minimalism. While you can use it to cross-post to other sites (Twitter, Flickr, Facebook, Tumblr, Foursquare), the web-side is pared down to just the photo page. […]

MUJI Apps for iPad and iPhone

MUJI, the no-brand Japanese retailer, has released several apps for iPad/iPhone. Interestingly, rather than just create a catalog app of their products, they’ve also introduced three functional apps done in their signature minimalist style. These include MUJI Calendar (free), MUJI Notebook ($3.99) and MUJI to Go (free) for travel and mobile services. You can learn […]

The Nielsen Company recently surveyed more than 5,000 consumers who already own a tablet computer, eReader, netbook, media/games player, or smartphone to get a better sense of who is using these devices and how they are using them. Download a summary of the findings. Unsurprisingly, the majority of users are on smartphones and only 4% on tablets […]

Searching with Google on your mobile phone can be an eye-opening experience. Now your phone’s camera can even help to find out more about the world around you. Back in December we introduced Google Goggles on Android: it lets you search by taking pictures. Today, we’re excited to announce that Goggles is now a feature […] 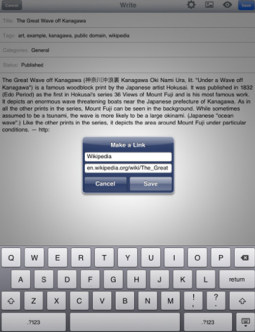 There’s a new version of the WordPress iOS apps announced today. Download 2.6 for iPhone or iPad (iTunes link) or just upgrade through the store. Lots of new developments, including: Record video within the app and upload it to your blog Local drafts to save posts locally before they’re published or saved online Autosaves New […] 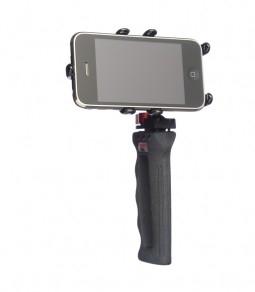 If you’re into shooting video and photos with your iPhone, Zacuto has a line of kits to help with stability, including the ZGrip Junior and Pro. Both are handgrip systems that let you snap the iPhone into the cradle. You can also mount onto a tripod. Ranging from $69 – $295 USD. 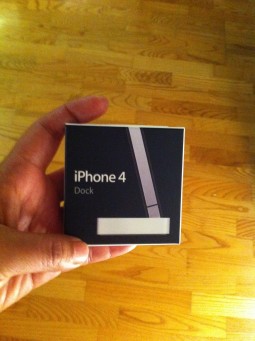 They’re getting smaller and smaller. 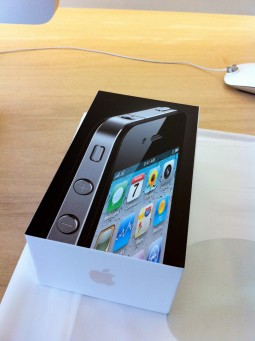 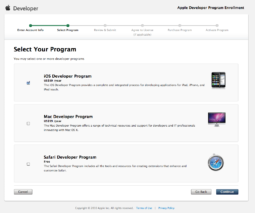 While I’ve been designing for and heavily using the iPhone and iPad, I haven’t written my own app yet. Taking the plunge by enrolling! 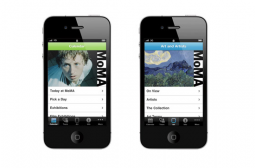 MoMA has been quick to adopt online and social media practices in the last few years, and they’ve now released the first version of their free MoMA iPhone app (iTunes link). The app gives users “access to 32,000 works of art in the museum’s wide collection of modern and contemporary art; a dictionary of art […] 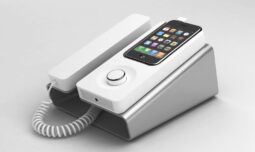 With Desk Phone Dock, use your iPhone as your one and only integrated wired desk phone in your office or home environment. You can make and receive calls like you did with a traditional wired phone. You don’t have to look up a phone number in the other devices any more. Your iPhone is always fully […] 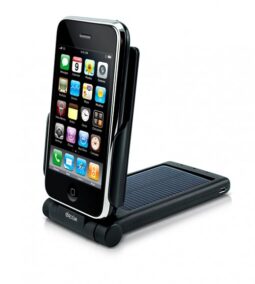 I like this new solar charger, the P-Flip™ Foldable Solar Power from Denix. It’s foldable, rechargeable and generates up to 8 hours talk time, 15 hours of video or gaming, and 60 hours of music. The design makes it easy as to use as a desktop holder. Costs $79.90 USD. Via PicoCool